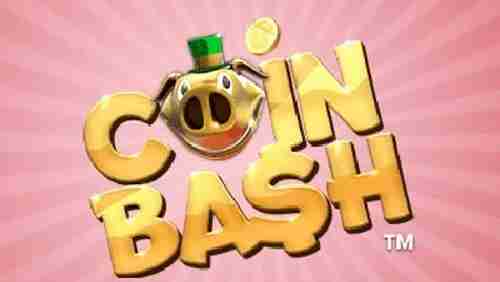 The Coin Bash video slot machine is a fun game with golden symbols and cartoon piggy banks. This 5-reel, 20-line slot is available on desktop and mobile versions of sites powered by Microgaming software, and you may win up to 12,500x your stake.

Coin Bash has a medium level of volatility, with an average return of 96.12%. Piggy banks can provide you instant winnings, and you can get up to 20 free spins with a 3x multiplier on all wins. Retrigger this fascinating feature with Lucky Star symbols, and the bonus games will continue to run indefinitely.

Coin Bash is a Snowborn Games and Microgaming collaboration, a video slot that can only be found at online casinos that use the latter's software. It's a game that has certain aspects with other Microgaming slots, particularly its jackpot ladder and the manner you ascend to the top. Otherwise, it's a gold and piggy bank themed game, as evidenced by all of its icons.

Microgaming is one of the most well-known gaming companies, as seen by their games. Coin Bash is a pinky money-themed slot. It has a beautiful color scheme that makes it appealing. Its command bar is advantageously located to the side of the reel, allowing players to operate the game with ease. There's also a soundtrack to keep you engaged while you're playing the game. The graphics are excellent, allowing gamers to load and play the game with ease. You don't need to download any software to play this game because it can be played right in your browser. It's also HTML5 compliant, so you can play it on your phone while you're on the go. Coin Bash is the game to play if you're looking for a medium variance slot. It will pay out on a regular basis in between spins, but the huge winnings will require patience. Coin Bash is a game that all players, whether new or experienced, should try.

Coin Bash has 20 paylines, which means that on each spin you have multiple chances to get a winning combination. To get a payout, you need to see at least three symbols in a row on the reels.

The piggy bank is the best symbol in Coin Bash, so be on the lookout for it. You can win a high payout of up to 500,000 coins when you combine 9 of these symbols on the reels.

You're ready to go once you've decided on a wager. It's simple to do because you only have a variety of bet values to pick from, ranging from 0.20 to 50.

Using the jackpot ladder on the left side of the screen, the payouts will reach 5,000x the stake. In the best-case scenario, the game will pay out up to $250,000 in awards. It's also not the riskiest slot, with a medium volatility and a hit frequency of roughly 1 in every 2.5 rounds. The RTP is 96.12 percent, however be aware that the casino may set it to a lower level.

With a brilliant pink backdrop erupting behind the reels, this is an eye-catching game. Lightbulbs around the symbol grid, reflecting off the gleaming trinkets such as golden horseshoes, four-leaf clovers, and '$' insignia atop coin stacks. A adorable golden piggy bank also appears, and this scatter symbol is responsible for some of the largest payouts.

More coins are stacked on top of the reels, and a scatter reward meter can be seen to one side. When you play the Coin Bash slot on an iOS, Android, or Windows mobile device, the meter rises to the top, but everything else remains the same.

The controls are simple, with a stack of coins that you click to reveal the betting possibilities. These range from 0.20 to 50.00 per spin, and there are additional buttons that activate autoplay and lightning speed settings. Again, these are intended to be simple to use, however you will need to establish a loss limit before activating the automated spins function.

Tap the three little lines to see a paytable, where you can see how much you can win with matched symbols across any of the 20 lines from the left. This section also contains more information on the extra features, such as the free games with win multipliers. A 'W' wild symbol pays the maximum, up to 125x your wager, and it can also substitute for any symbols except the piggy bank to complete wins.

The wild symbol, one of the main elements in Coin Bash, will have a W logo as its emblem. Its natural role is that of a substitute, but it can also form a combination with other wilds, in which case it pays up to 125x the stake.

When you first opened the game, I'm sure the jackpot ladder on the left side drew your interest. It can award a jackpot of up to 5,000x the stake, with a minimum bet of 1x the stake. Everything is dependent on how many Piggy Banks land at the same moment. Three of them will pay the smallest amount, while nine are required to claim the largest jackpot.

Coin Spins are awarded at random and can be obtained at any time during the game. It will scatter Piggy Bank symbols throughout the reels, ensuring that one of the jackpots will be triggered.

The free spins are also available as part of the Lucky Star bonus. In order to activate it, three of its bonus symbols must appear on reels 2-4. Inside, a wheel of fate will spin to reveal up to 20 free spins and a multiplier of up to 5x. With the exception of the Piggy Bank jackpot, every single win in this mode will be multiplied by the multiplier.

You also collect any extra Lucky Stars that land on the reels, and when you have 7 of them, the free spins are retriggered, along with a 1x multiplier boost.

Bonus Coin Bash has not only an entertaining main game, but also a number of additional elements that make the game much more exciting. A wild, instant wins, free spins and an autoplay feature are also included. Look out for the piggy bank symbol in the game, as three or more of these symbols on the reels will earn you money. You can win up to 500,000 coins if you land 9 piggy bank symbols on the reels, and at least 100 coins if you hit three of these symbols. There is also a lucky star bonus symbol that, when three of them appear on reels 2, 3 and 4, awards 10 to 20 free spins and a 2x to 5x multiplier. The free spins are awarded randomly by the wheel of fortune. In the free spins mode, you also get a lucky star symbol. Collect 7 lucky star symbols to retrigger the free spins mode. When retriggered, you will receive the same number of free spins as the first trigger. Finally, there is a wild symbol in this slot that offers you a high payout of up to 12,500 coins when you hit up to 5 wild symbols on a payline. Apart from the piggy bank and lucky star symbol, it also substitutes for all other symbols in this slot game.

Coin Bash appears to have what it takes to capture the interest of the majority of players; it can pay well enough, and its features have potential when multipliers are factored in.

This is a gleaming new addition to the Microgaming lineup, with tons of bling on the reels and plenty of opportunities to add cash to your bankroll. It has comical artwork, with most symbols related to the topic of money and luck, and it looks good on any platform.

The scatter pays piggy bank feature can award a large payoff at any time, but in order to receive the maximum possible payout of 12,500x, you must see the free games retrigger often. Try your luck with the Coin Bash slot machine and play at the finest Microgaming sites with the best introductory bonuses, which are listed here.

What is the RTP and Volatility of Coin Bash slot machine?

The return to player value of Coin Bash is 96.12%. It is a medium volatility slot.

What are the main features of the Coun Bash slot?

Where can I play Coin Bash for free?

You can try Coin Bash right here, on this page, as a demo. Simply scroll up and click on the Play button. Alternatively, our team creates a review of online casinos with Microgaming slots. Choose one of the online casinos recommended here and click the "Play Now" button. In all casinos you need to open an account, in all casinos you can play Coin Bash for free and without registration.

Can I play Coin Bash slot on my mobile or tablet?

Yes, the slot was developed with HTML5 technology and is absolutely mobile friendly!

This Coin Bash review was authored by W.Bergstrom | Last updated on 01 March 2022.